The Beginning of life - Christina Green

The moment a baby is conceived and the news is told to those who matter, one would imagine, that all the love and words of congratulations would flow from the woman her partner to other.

The thought of the baby now growing inside the womb of this woman, who now will soon become a mother, knowing this bundle of joy will depend on her for life itself. Is such an overwhelming feeling. The mind runs wild as she thinks of who this baby will look like, what traits will this baby have.

She knows now she must sacrifice many things, so this new little person inside of her, will have all that she desires for her new born child. The pregnant woman touches her body, her hands roll down her now slim waist to her belly which now protrudes a small bulge where the un born baby dwells.

This pregnant woman now dreams at night, she lives within her new found self, she talks to the man that made love to her. She wants to know that he has the same mind of joy and happiness. Could this be the start of a family a unit that stays together, breaths together, thinks and dreams together.

Campaigns by the newly formed Women's Liberation movement called for reforms to the welfare system. In July 1973 ABC TV This Day Tonight put to air a program exposing the brutality of Parramatta and the Hay Girls Institutions. This was later followed by protests outside the Girls Home in December. In April 1974 the Child Welfare Minister announced the closure of Parramatta however what he did not mention was that an alternative facility 'Reiby' had been built at Campbelltown in the previous year. Girls committed to Parramatta during the changeover period remained  until the completion of their sentence.

Parramatta Girls Home and Hay Institution for Girls were officially closed in June 1974 however in October 1974 the main section of the site was known as 'Kamballa'. This was made official on 7 March 1975 when the institution was named Kamballa (Girls) and Taldree (Boys) Childrens Shelter.  Taldree operated until 1980 at which time the boys section was transferred to Werrington with the Kamballa section operating until 1983. 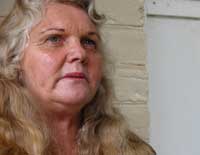 At 7am on Monday, November 16, 30 women met at the former Parramatta Girls' Home.

They had all been there many years before, incarcerated as wards of the state.

This time their reunion was more joyous.

They were boarding a bus to hear Prime Minister Kevin Rudd acknowledge their experience as Forgotten Australians and offer an apology for the abuse they suffered in state institutions.

One of the women, Christina Green, wore an ankle-length sequined gown and a mauve scarf for the occasion.

"I think [it was] electrifying in the sense that we were finally getting recognised, getting acknowledgment and an apology," she said.

"Kevin Rudd spoke very deeply and personally about every issue affecting Forgotten Australians; those who have been institutionalised, in an orphanage or in a state-run home, even in a Christian-run home, a charitable one."