Hi my name is Christina Green, although I have been given many names over the years as you will find out within the pages of my Autobiography "The Life of Riley".

Christina Green is my name today through marriage and my maiden name is Riley and this is about a small toddler myself as a three year old. I was born of Aboriginal and European decent I am of the first people of this land the true care-takers I am of the Wiradjuri tribe my mob live around the Wellington and Dubbo region and growing up in an era of the stolen Generation, this being after the invasion of white settles and the "White Australian Policy" in which children were taken from their parents for their own good.

After being taken from my family and all that I know this is where my life changed direction in which I was meant to travel this is Bidura a government run institution run for children from young babies to toddler to teenagers, its where I was first placed as a three year old toddler, this is where my life starts in State Care where The Government are my guardians my protectors my given parents now. For who does a small child depend on for their existence, such as food, shelter, love, and nurturing, to be clothed to be put to bed at night to be comforted when in distress and told that that they will be alright.

“The Life of Riley” continued here in Linwood Hall 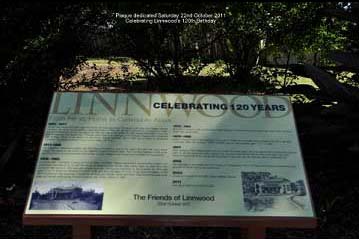 In 1968 when I was here Linwood Hall was named "Lynwood Hall" and was used for girls aged between 11 to 13 years or age they did domestic training and schooling on site, till 1970 till another change occurred.

I had very fond memories here in Linwood Hall as it is named today. I have since returned as a young mum when I was applying to become a foster parent. I revisited to see how the place was being utilized at that time, around 1981 I was accompanied with then Social Worker who had accessed me for fostering for being a suitable foster parent to care for children in the Bankstown area. The old building still looked the same a little deteriorated for wear, and not as polished, bronzed brass and dusted as once was when the girls attended their daily duties unfortunately.

I again attended in 2004 and on frequent occasion on Reunion Days for past resident of the then Lynwood Hall, McCredie Cottage and Faulds House. I really enjoyed these visits, to meet up with old friends from my stay there years gone by, and to meet new friends from other eras sharing stories of their experiences some good most bad, we were always greeted with love and care with and a delightful array of refreshments and served by the Friends of Linwood Hall the residence of the local community, who had taken an interest in the old decaying property and fighting to preserve its history.

Another chapter of my life the Minda Remand Centre, it was where the Australian Welfare Government placed children boys and girls age between 10/18, they were divided by a huge sandstone wall which seemed to reach the sky. We waited at the remand centre before attending the Children's Court where the judge would read all the files presented, before placing the child wherever the judge felt fit, it also depended on the child age. This being my first trip I was to be placed in Lynwood Hall in the Guildford area NSW.

Each time I ran away from abuse, humiliation, rape and torture from my foster parents or my foster brother I ended up here waiting and waiting to go before children's court to be placed in another institution depending on my age, I was 12 years old the first time I was placed here. My memories are very clear of being placed here; each time was a different experience due to my feeling of the place or who else was here, sometimes there were bullies who just loved to humiliate new girls.

The Glebe Shelter For Girls

Another Chapter in my life was when I was sent here to The Glebe shelter, I was 13 years old a confused teenager. It was where girls were placed who were waiting for the hearing from The Metropolitan Children’s Court deemed to be sent to an institution. At this point in time I was being sent to Ormond Girls Institution because there was nowhere else they could place me for a girl of my age. I would again be placed here a little less than two years later before I was sent to The Parramatta Girls Training school when I was 15 years old. It was a frightening experience being held here, the building stood like an old haunted inner City government building built of sandstone and brick but looking old and run down, and it was old cold and dark inside. Cold cement floors throughout the complex with a couple of isolation cells for those who caused a disruption among the inmates.

The Female offices were as cold hard and cruel as the building itself with their hard faces and demanding instructions of perfection in attitude and conduct and work detail. The place was depressing with its solid iron doors and heavy iron padlocks, with the huge bunch of keys which hung down from the waist belt of each female officer there on duty on any given day. The stay was usually six to eight weeks before transfer being arranged with vehicle, driver and a female escort worker.

Work detail was harsh, kneeling on rubber knee pads with a tin bucket of cold water and scrubbing the cement floor. And if one didn’t do the job properly then the girl would be instructed on doing it over and over again till the officer was satisfied. There was code of silence no talking laughing or whispering, so if one was caught out then they usually had to scrub again till the office felt the girl had learnt her lesson. Other duties included laundry, kitchen, mending, and roster system was made out each week and sometimes daily due to girls being transferred and new arrivals.