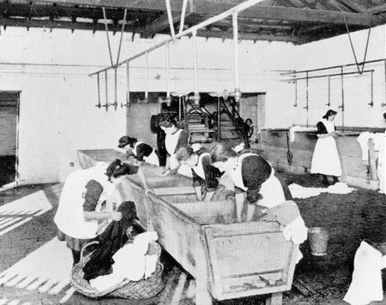 In 1969 I was sent to Ormond Girls Training School another chapter of my life spent in an institution surrounded by lonely girls many suffering from depression, not understanding what was happening to them and wondering where they were going next.

A time when teenager girls on the outside were experiencing new things in life, such as growing pains how they might wear their hair, what music they liked to listen to, having best friends and having sleepovers, planning to go to a school dance. Basically learning to interact, and have fun.

Unfortunately I was surrounded by girls who mainly wanted to self harm, scratch them-selves and stick pins in themselves, and cut hunks of hair out just to punish them-selves. And if they worked in the kitchen they would drink bottle of vanilla essence, or down a bottle of braso a fluid used for shining up brass door knobs and key holes

I never attended any Reunion at Ormond; I don’t believe anyone has been able to gain access to the premises to this day.

The Ormond Training School was itself divided. Most of the girls were under the age of 15, and attended an internal school, while the older cottages were used as a 'Privilege Section' within Ormond. The Child Welfare Department report stated that girls selected to live in these privilege cottages and who were over school age went out 'to work in one or two local stores, and so prepare better for eventual discharge'.

From 1946 to 1962, the site at Ormond had been a relatively small 'privilege' home for girls at Parramatta who were either ending their sentences, or who had behaved well. In 1961, however, reacting to a series of riots and disturbances at the Parramatta Girls Training School, the Child Welfare Department greatly expanded theOrmond/Thornleigh site from two cottages housing 28 girls, to a large complex housing 104 girls.

The curriculum seems to have been deliberately designed to affect personality changes. There was an arrangement with the Hornsby and District Hospital for tattoo removal, and the school was described by the Child Welfare Department in a 1962 pamphlet as 'a practical expression of modern conception in re-education of delinquents'.

The Department wanted to divide up the girls at Parramatta into groups, with the better behaved housed at Thornleigh, away from those at Parramatta and the new institution at Hay.

A dormitory at Ormond School, Thornleigh, with outlook on the School's swimming pool and tennis courts, in 1966