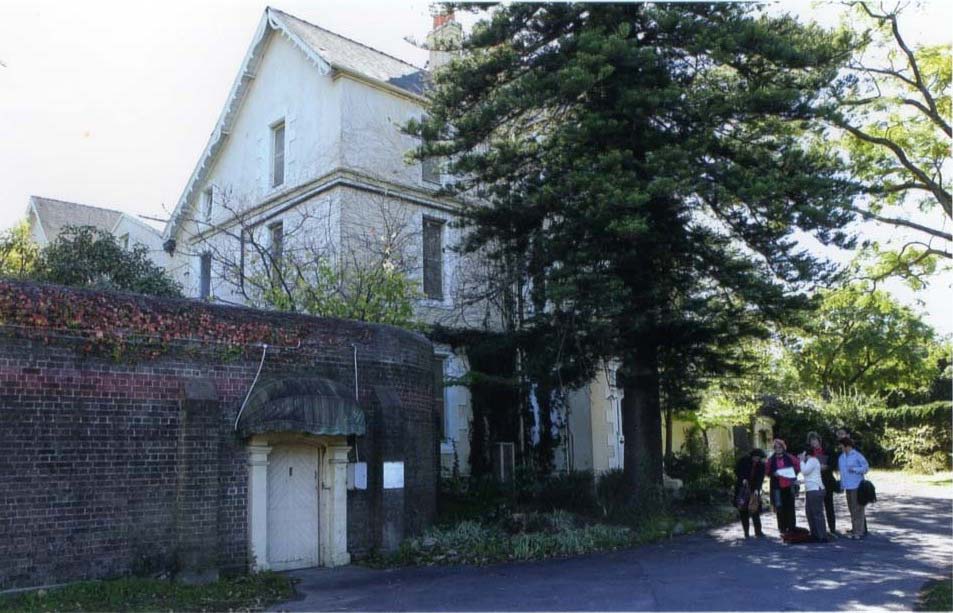 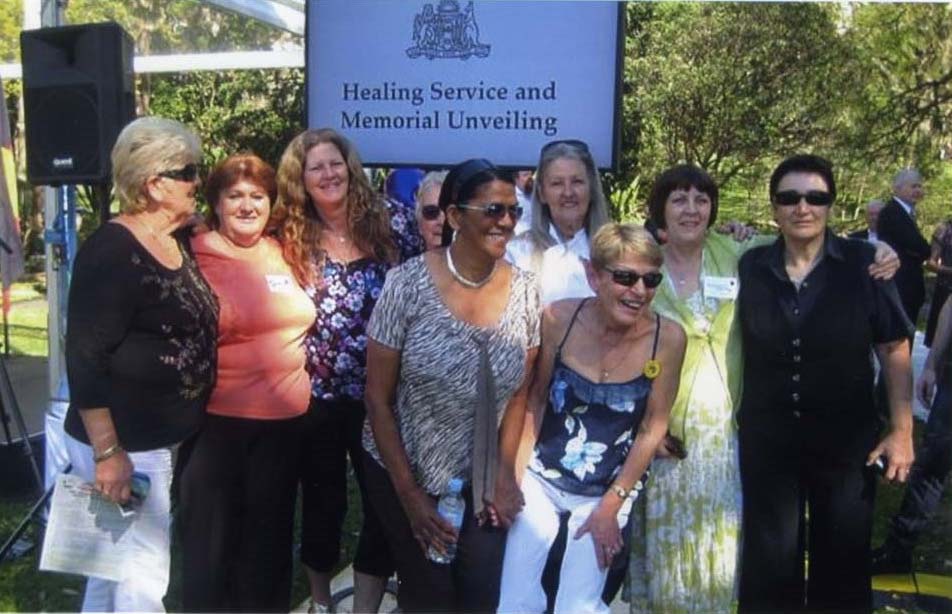 I truly didn't care anymore I had given up, my life was a snow-ball rolling bigger and bigger in size, filling up constantly with confusion hate and abuse. No-one cared, no-one wanted to listen, and no-body asked why I was continually being defiance. I just wanted to die or curl up and hide. My life didn't matter and I didn't matter, so why did I have to live and suffer, the memories where haunting and were ever I went the suffering followed killing me slowly from within.

My mother was actually placed here when she was pregnant with my sister; this was my mother's nightmare her deepest secret which I never knew about and neither did my sister till in 2003 when there was the first ever reunion, for past residents. How different my sister life would have been, if my father hadn't kidnapped my mother from the woman hospital when my sister was born, how the mystery unraveled it took me years to finally understand why my mother only visited me twice in three years. 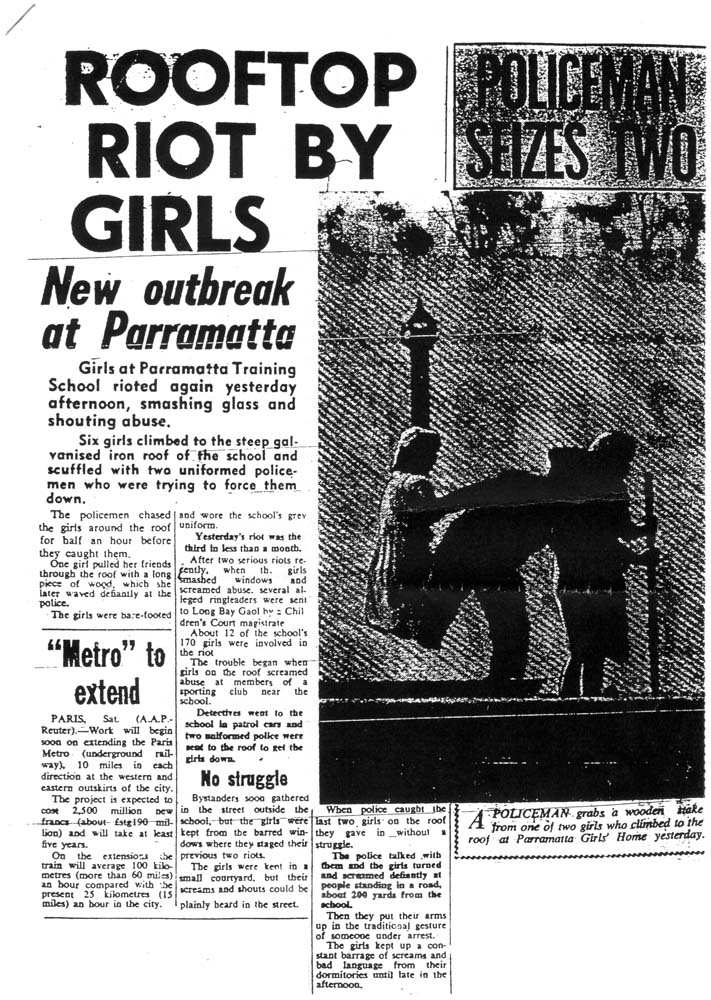 I knew from my sister that she had been placed here, because this was also her nightmare as well. She was involved in the riots in 1961 and was also defiant and was one of the first to be sent to Hay the old historical gaol which was run down and dilapidated. Those young girls had to scrub the place clean only to be raped abused and brain washed, from the cruel régime. I would also be sent to Hay ten year later and would learn firsthand that sadistic regime, of eye down and don't roll over in the middle of the night. It was a horrific place to be sent to as young girls to be trained and disciplined. Now I fully understand why she only visited me twice while I was in this horrible place at Parramatta. I could only comprehend that Bankstown was not far from Parramatta, where my we lived they never told me so I never understood; I only became more defiant and lonely. It makes sense now to me why my family my mother and sister and I were so divided living with each of our own memories and nightmares of what we each had endured behind these walls if only the walls could speak. 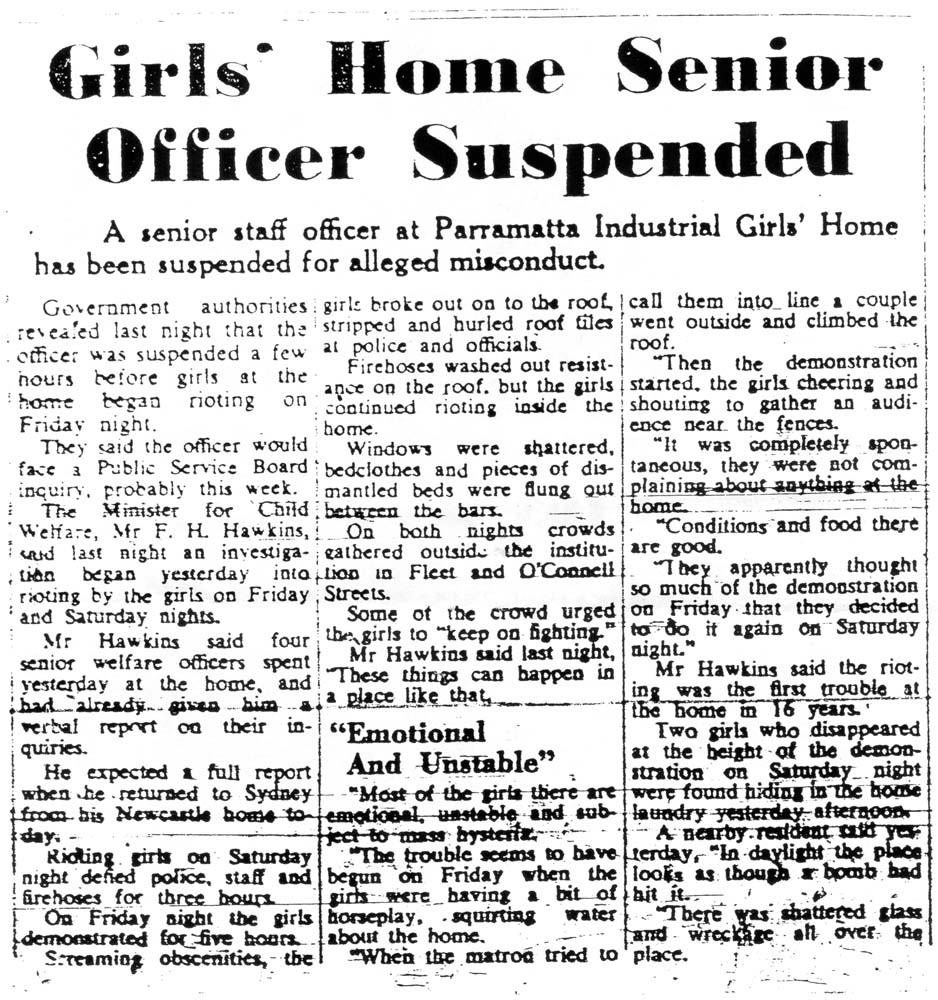 An estimated 30,000 children passed through this institution with an average of 160 girls in residence at any given time and operated through the 50s, 60, and 70s with an average of 12% of girls being of aboriginal descent. Many of these girls were transferred from the Cootamundra Girls home, for absconding. I later found out that many of my friends were of aboriginal descent and their skin of many shades we never looked at each other wondering what cultural background we were as young girls we all just accepted each other because we were bonded in these places as young girls just surviving the best we could. What-ever was going on; outside these institutional walls were not part of our lives, but unfortunately racism was a cruel part of Australia's history and I can still see it and felt it when I was released from state care when I turned eighteen years of age.

I was abused and so were hundreds of girls here in Parramatta over the years, I witnessed many bashing, girls being humiliated and shamed and drugged of to being locked up in isolation, the dungeons and other places I also witnessed girls being made to scrub day after day. Not every girl of cause suffered the abuse but if they weren't abused they witnessed it. The only way a girl was safe was if she obeyed instruction and kept their noses out of trouble. Many learnt to be sly and sneaky as to not being caught. It was a matter of survival, and for me I was on a downhill road of self destruction, I didn't care one way or the other because life meant nothing to me at this stage.

In 2003 an-add was placed in the indigenous paper the Koorie Mail for all G.T.S girls to contact an Aboriginal elder named Aunty Coral. 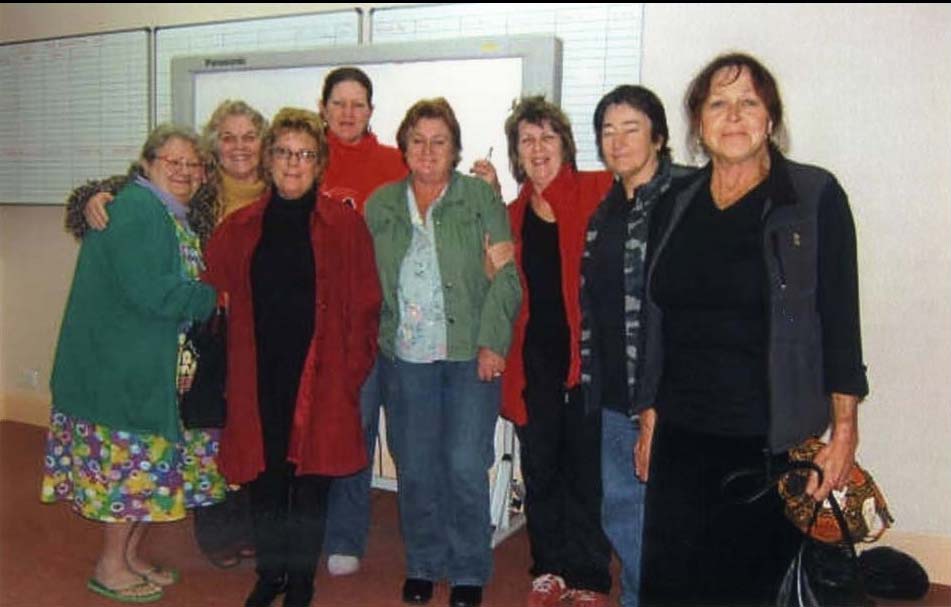 The add received many replies and before long a reunion was being discussed but no-one knew how to gain access. Then a friend of my sisters a non-aboriginal woman came forward and was able gain access and the gates were opened for the first ever reunion, her name was Jan. Both Jan and Aunty Coral were both in Parramatta with my sister when the 1961 riots occurred and when the government welfare decide to open the Hay Gaol to house those involved in the riots, the older girls being sent to Long Bay Gaol, and the others to Hay. After those days of riots Hay remained operating as a place of further training for those who were rebelling against the treatment at Parramatta and for those in a low point system, which many of the girls were un-aware. The fear of going to Hay was usually a way to control the girls in Parramatta there after 1961.

Parramatta and the Hay Institution are part of the Royal Commission into Sexual abuse and physical abuse within Institutions today 2014.