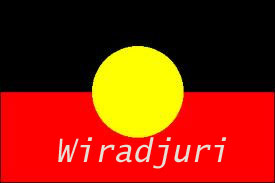 k Tracker is one of my Great grandfathers sons, Alexander Riley (1884-1970), tracker, was born on 26 May 1884 at Nymagee, New South Wales, son of John Riley, labourer, and his wife Mary, née Calligan. Alec was part-Aboriginal and worked as a station-hand. On 11 June 1911 he joined the New South Wales Police Force as a tracker and was based at Dubbo. His tracking skills helped to break a cattle-thieving ring in 1913. He also assisted in the recapture of two escapees from the Dubbo gaol. Although he resigned from the police force on 31 August 1914, he was reappointed on 1 January 1918.

Continuing my search I also learnt that I also had a cousin named Michael Riley a well know Photographer known for his work Michael Riley Sights Unseen in the National gallery of Australia. Michael was known as a strong and generous man Born in 1960 passed away in 2004 sadly we never met because of never knowing my family or extended family.

When I found out about my history I was so excited, to finally know my true identity it was amazing. I felt privileged and honored and the more I searched the further I realised where my strength and attributes came from. I also realised that although my skin was white it was because I was a model a product of what the White Policy was all about, breading out all trace of blackness.