My Autobiography - The Life of Riley 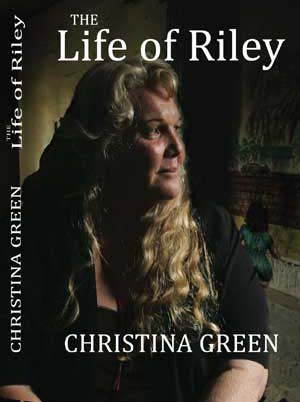 My life was a living nightmare sleepless nights, continual flash-backs, low self esteem, and my mind was always questioning right from wrong in everything I did. I was sick of making mistakes, and sick of feeling confused. One day at the news agent store I came across a spiritual enlightenment magazine with an interesting headline on “Astrology the Stars and your Destiny;” I brought it instantly hoping to get something from it that would up-lift me. As I was reading I came across a few articles on Fortune-Telling, explaining their expertise their price range and phone numbers to make an appointment. I felt a bit scared and bit silly but at the same time, I was fully aware that some human-beings are gifted in this area, and I was just so anxious to get help in anyway, some way that would guild me in a better direction in my life.

I went to see a female Palmistry, a palm reader. Who after examining my palm looked at me in a very caring manner, she held my hand and looked into my eyes and told me “that I had experienced a terrible childhood’ and that I should try to write down some words from a time in my childhood where I felt safe. As the woman continued she kept repeating that writing some pages down would be very healing for me that it will be hard but it will be a start and to put what-ever I wrote away in a draw safely for later reference.

Well I was pretty startled at first that she actually knew I had a terrible life, it was mind-blowing. Well at the time I thought yes I need to do this for myself. So I starting to plan my days, I would send my three young boys off to school, I would have no visitors as I knew I didn’t want anyone in the house as I was terrified of anyone reading over my shoulder. I decided to write about the first time I ever felt safe and that was at Lynwood Hall institution when I was 12 years old after running away from my foster family, after years of continual abuse, rape and torture.

During the night I had a vision that I would start writing my story and that one day it would be a book, come morning I started to write I didn’t know where to start, I felt I needed to name my story like a book that I had envision. The name of the book was to be “Come United” why because I always knew I was not the only one who had ever been raped as a child. The daily news had confirmed that a child had been taken from the street or from school or elsewhere. So I felt that this name would help me write because I could be a voice for those who couldn’t. I never in my wildest dreams thought that one day this would be a reality. Anyway I started writing with pen and paper, as we didn’t have computer back then, and I don’t mind saying there was a lot of wasted paper. I’d start, then stop I’d cry my eyes out then pull myself together, it was so sad so lonely and so painful. I would only do 5-6 pages a day, because it was so challenging and exhausting to the point of nearly choking on my tears.

But gradually day by day I finally finished 20 pages. With That I couldn’t face it I had to place it in my draw right at the back under clothing. It was now out of sight out of mind. I felt totally exhausted but so pleased with myself, and when-ever I moved I took those pages with me. Looking after them like a some hidden treasure but to me it was a hideous secret. And yet that was 20 pages of a time when I first felt safe at 12 years of age, I never knew what might become of it but those pages traveled north south east and west as I run away from stress. Funny I never felt free of those days of my childhood; the memories haunted me for 30 odd years. In 2003 I received a phone call from my dear friend Kay a social worker, telling me that she had head on the news of a reunion at the Parramatta Girls Training School, which I replied that I never heard but I would go and that I would be ok.

Actually I was terrified and excited at the same time, I wanted to go to meet up with others and see how they survived or even if they were still alive. On the day I entered the place that had shamed me terribly all these years. As I walked around the grounds I meet up with a handful of woman I knew 35 years ago but unfortunately many of my old friends had sadly passed away. But the ones I did meet we all exchanged phone numbers and we kept in touch. Councilors where there if we needed them, something told me to go make an appointment and get myself right, get all the dots together so I don’t have all those nightmares flash backs and sleepless nights, and I just knew this was meant to be.

After a few visits I was asked to write things down as I would lose myself when talking and forget the question I was asked. I was told that this was a normal reaction for anyone who had experienced trauma in their life, so I told the councilor that I had written 20 pages 20 years ago. She advised me to continue which I did and that’s how the book progress. I stared writing many times adding here and there, but so many times I had to leave for a year or two before I would start again. All the time have counseling. It took me 10 years of counseling lots of rewriting rearranging, with tears and sleepless nights, but I finally completed it with loads of support from my counselor and my few friends, Lynette and Bonney and of cause Kay. It was suggested to me to change the name “Come United” to “The Life of Riley” as it was really my story, and sounded more like me.

So that’s how my story, became my Autobiography, “The Life of Riley” I hope you get something out of my story because that’s why I decided to publish this book because of my vision that my story would one day help others, to be a voice for those sadly past away before their time, those who still can’t talk about what happened to them. Because I know I’m not the only one, who has been a victim of child abuse rape torture and humiliation deprived of love, protection, warm clothing, education and medical attention, the list goes on. I send my love to you I extend friendship to you I pray for you and for healing and that justice be done, and may these crimes against children never happen again by our Australian Government Welfare Department. AMEN to that!!!!